ANARCHY: The tip of a dangerous crisis! 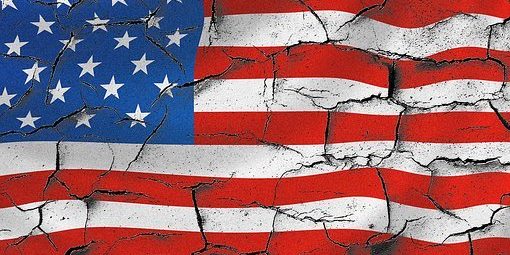 We are witnessing a SPIRITUAL CRISIS IN AMERICA!

Americans don’t allow children to bully in schools so why are city leaders allowing bullies to injure 400 police officers and destroy public property without condemning their actions?

Freedom in America happened because our Founding Fathers understood the power of the human spirit. They knew that “Freedom of Religion” allowed people to thrive, grow stronger, and take responsibility for their own behavior. If we are going to remain a free society, we must start a conversation about Anarchy and how to maintain Freedom.

Anarchists seek power and control as they blame the police for problems. Naive young people band together and became Anarchist followers. In the process, they harm other people as they destroy property. Some politicians ignore Anarchists while others support destructive behavior. We destroy ourselves when we allow politicians to condone violent behavior.

Responsible religions offer support and encourage people to look within, live their values, and understand that inner power develops self-esteem and self-confidence. God’s people paid attention to their intuition for inspiration. They listened to their instincts which alerted them to danger. Religions have a basic foundation, “Do unto others as you would have them do unto you.” People developed a self-protective conscience which kept them honest, safe, and healthy.

Over the last 50 years, the family structure broke down. Government warehoused poor people in projects which created chaos. Religion gradually slipped into the background and disappeared from the conversation at home, in schools, and in the greater community. “Love thy Neighbor” turned into social isolation as we turned neighborhood safety over to police. Police power grew when neighbors became disconnected and crime increased. Citizens became dependent which made “we the people” vulnerable to abuse of power by police and politicians.

To restore American values, we need a spiritual awakening!

We need a united voice from America’s spiritual leaders! As Martin Luther King said, “History will have to record that the greatest tragedy of this period of social transition was not the strident clamor of the bad people, but the appalling silence of the good people.”

We all have the power to make a difference! Anarchists, racism, and social isolation are the tip of a dangerous crisis that can destroy all of America’s freedoms! Time to get involved and learn what’s happening in your city.