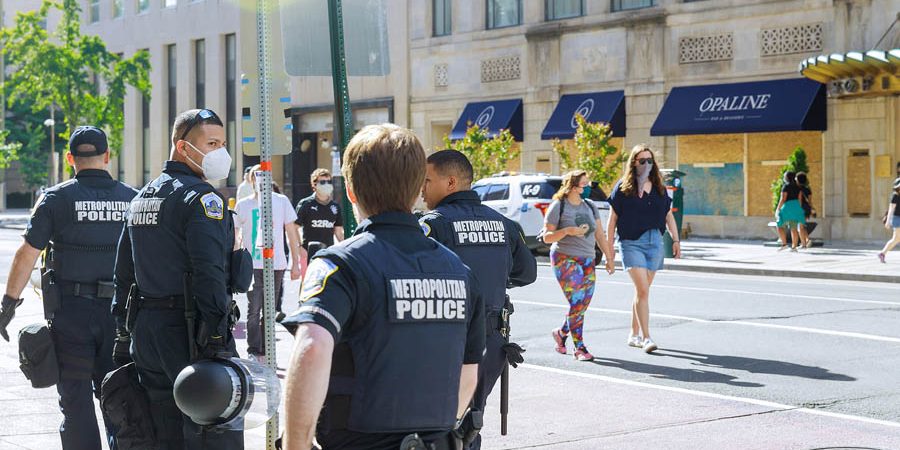 Police are NOT the problem! Police are escape goats for politicians who don’t want to discuss the breakdown of the family which has dramatically changed our cities. Targeting police and guns are not “solutions” and will do little or nothing to keep cities safe.

What happened that has created so much anger and division in America?

1.     We are failing to discuss the real problem! We need to start a discussion on how to raise children without mental, physical, emotional, or sexual abuse at home. (Taxpayers spend $220 million a day on child abuse and neglect. 6.6 million children referred to CPS annually) Angry youth do not develop the 3 C’s. Courage, Character, and a self-protective Conscience which can keep them safe and healthy. They may decide to follow an angry mob to feel powerful and in control! They riot, loot, set fires and destroy places of business because they feel the community does not value them and they don’t value the community.

2.     Defunding police without involving citizens taking responsibility for neighborhood safety will destroy cities. (The National average is 2.4 police to 1000 citizens.) In some areas, fear and social isolation led citizens to abdicate their role in neighborhood safety. They turned monitoring youthful bad behavior over to police. However, police react to crime; involved citizens can prevent crime from happening. Without adults involved in creating safe neighborhoods, kids join gangs for comradery and a sense of community. (One million youth involved in gangs with a cost of $200 Billion a year.) In a democratic society, police have limitations as fearful citizens saw gangs, prostitution, and drug dealers thrived. Police became more aggressive as they struggled with little assistance from residents who were afraid of retaliation.

If we are going to reduce officer involved shootings, let’s discuss what we CAN do.

City leaders can do a much better job of supporting families and children! Let’s discuss why we need to hire and train people who look like and speak the language of the community to become, “Neighborhood Safety Experts.” They can bring the community together. It has taken many years, but we can empower families and strengthen our freedoms with help and support from city leaders. Will we focus on strengthening families? That should be open for discussion.